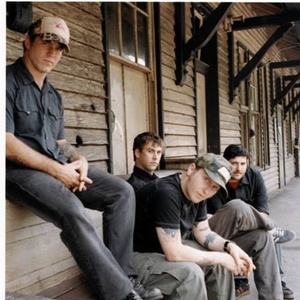 Here you can find all upcoming Hot Water Music concerts. If the concert schedule is not right, please contact us and we will add a gig of Hot Water Music in 2021 or 2022 in our database.

Hot Water Music is a post-hardcore band from Gainesville, Florida. The members of the band are Chuck Ragan, Chris Wollard, Jason Black, and George Rebelo. HWM first formed in 1993. In 1998, after releasing multiple EPs and three full-length albums, the band briefly disbanded, but soon reformed, announcing their continuation as Hot Water Music at the concert recorded for Live at the Hardback. They are represented by David "Beno" Benveniste's Velvet Hammer Music and Management Group. In late 2005, Hot Water Music stated they were going on a hiatus following Chuck Ragan's departure. On May 13, 2006 however, the hiatus became seemingly permanent and Hot Water Music officially disbanded. The three remaining members then started a new project, The Draft, whose first album, In a Million Pieces, was released on September 12, 2006. Chuck Ragan also continued with a more low-key music career, releasing material through No Idea Records and Side One Dummy Records. He is currently signed to the latter. The band members have also participated in many side projects. The four most popular of these are Blacktop Cadence, Cro(w)s, Unitas and Rumbleseat.
A collection of Hot Water Music work on No Idea records has been released, titled Till the Wheels Fall Off . It was released on CD and on LP. According to Jason Black in an interview with Alternative Press, the compilation will feature "a song [called "Home"] that hasn't come out anywhere...it was one of two that didn't make it [onto The New What Next]."
The band's name was taken from the collection of short stories by Charles Bukowski of the same name.