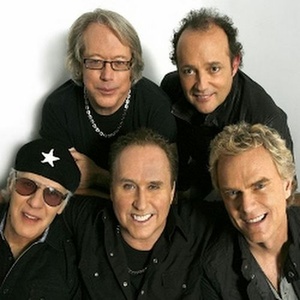 Upcoming events near: 19
Subscribers:  10
My Rock Shows — search for concerts and buy tickets in more than 50 countries.
Join us
Sign in
Follow us on social media

Here you can find all upcoming Loverboy concerts. If the concert schedule is not right, please contact us and we will add a gig of Loverboy in 2022 or 2023 in our database.

Click the "Subscribe" button and get notified by MyRockShows about Loverboy upcoming events. Explore this page to find details of upcoming events of Loverboy, including the venue address and tickets cost.

Loverboy is a Canadian rock band formed in 1979 in Calgary, Alberta. Loverboy's hit singles, particularly "Turn Me Loose" and "Working for the Weekend", have become arena rock staples and are still heard on many classic rock and classic hits radio stations across Canada. The band is based in Vancouver.
Throughout the 1980s, Loverboy accumulated numerous hit songs in Canada and the United States, earning four multi-platinum albums and selling millions of records. After being rejected by many American record labels, they signed with Columbia/CBS Records Canada and began recording their first album on March 20, 1980. Loverboy's founding members were lead singer Mike Reno, guitarist Paul Dean, keyboardist Doug Johnson, bassist Scott Smith, and drummer Matt Frenette.

Blues Rock Hard Rock
They are subscribed to this band in