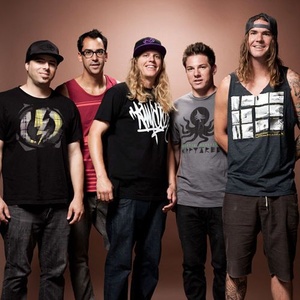 Here you can find all upcoming The Dirty Heads concerts. If the concert schedule is not right, please contact us and we will add a gig of The Dirty Heads in 2021 or 2022 in our database.

Click Subscribe to track The Dirty Heads on My Rock Shows. We'll notify you about new dates!

About The Dirty Heads

Dirty Heads is an American reggae band from Huntington Beach, California. Their debut album, Any Port in a Storm, was released on September 23, 2008, by Executive Music Group (Fontana/Universal). Their newest album, Dirty Heads, was released July 15, 2016. They have been associated with music groups such as Sublime with Rome, 311, and Pepper and have toured with groups such as Cobra Starship, AER, and Gym Class Heroes.