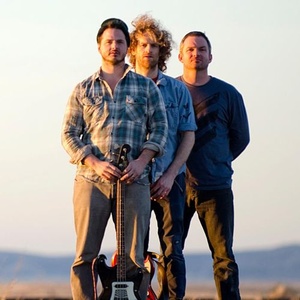 Upcoming events: 37
Subscribers:  3
My Rock Shows — search for concerts and buy tickets in more than 50 countries.
Join us
Sign in
Follow us on social media

Here you can find all upcoming Dispatch concerts. If the concert schedule is not right, please contact us and we will add a gig of Dispatch in 2022 or 2023 in our database.

Click the "Subscribe" button and get notified by MyRockShows about Dispatch upcoming events. Explore this page to find details of upcoming events of Dispatch, including the venue address and tickets cost.

Dispatch is an American indie/roots band. The band consists of Brad Corrigan (vocals, drums, guitar, percussion, and harmonica), Pete Francis Heimbold (vocals, bass, and guitar), and Chad Urmston (vocals, guitar, bass, and percussion).
The band, which is based in the Boston area, was originally active from 1996 until 2002. The members then announced a hiatus, which would ultimately last for almost a decade; during this period, the band came together for reunion concerts in Boston (2004), New York City (2007), and Washington, D.C. (2009). The hiatus ended in the beginning of 2011, when the band announced a national tour. In May of the same year, Dispatch released an EP containing six new songs, their first all-new release since 2000. The band released both their first studio album in over a decade, Circles Around the Sun, and an iTunes session in 2012 and toured North America that summer in support of the album. On April 22, 2013, Dispatch announced a double-disc live album called "Ain't No Trip to Cleveland Vol. 1," released on June 4, 2013. After a long hiatus, Dispatch returned with their new album, America, Location 12, released on June 2, 2017.

Folk Rock Indie Folk
They are subscribed to this band