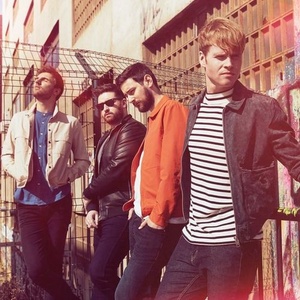 Upcoming events: 15
Subscribers:  7
My Rock Shows — search for concerts and buy tickets in more than 50 countries.
Join us

Here you can find all upcoming Kodaline concerts. If the concert schedule is not right, please contact us and we will add a gig of Kodaline in 2021 or 2022 in our database.

Kodaline (/ˈkoʊdəlaɪn/) are an Irish band. Originally known as 21 Demands, in 2012 the band changed their name to Kodaline.
Steve Garrigan and Mark Prendergast grew up in Swords, Dublin, and have known each other since childhood. They both attended secondary school at Colaiste Choilm in Swords, where they would take part in many battles of the bands. They began to share a love for music and at that stage Vinny May, who also lived in Swords, joined the group. The group was not fully complete until January 2012, when their friend, bass player Jason Boland, from Celbridge, County Kildare, was recruited.

The House of Love