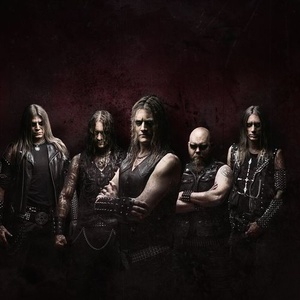 Upcoming events: 12
Subscribers:  5
My Rock Shows — search for concerts and buy tickets in more than 50 countries.
Join us

Here you can find all upcoming Necrophobic concerts. If the concert schedule is not right, please contact us and we will add a gig of Necrophobic in 2021 or 2022 in our database.

Click the "Subscribe" button and get notified by MyRockShows about Necrophobic upcoming events. Explore this page to find details of upcoming events of Necrophobic, including the venue address and tickets cost.

Please contact us in case you see a mistake in Necrophobic events dates or if MyRockShows is leaving out any of Necrophobic upcoming gigs.

Necrophobic is a Swedish death metal band formed in 1989 by drummer Joakim Sterner and now-deceased guitarist David Parland. It is believed that the band named themselves after a Slayer song from the 1986 seminal album Reign in Blood. The pair played with a 'revolving door' line-up of musicians until the permanent addition of bassist Tobias Sidegård. This addition occurred prior to recording their debut 7" Single, The Call, in early 1992.
With this line up and the addition of Anders Strokirk on vocals who replaced Stefan Harrvik (who had sung on the Unholy Prophecies demo and The Call 7" EP) the band entered Sunlight Studio in March 1993 and recorded the debut The Nocturnal Silence album. The band had previously worked with the Wild Rags label and store for its singles.
Following the addition of second guitarist Martin Halfdahn, Necrophobic released a four-song extended play, Spawned by Evil, in 1996. This was a teaser for the full-length release, Darkside, which came out later that same year. This album featured a guest appearance by Jon Nödtveidt of Dissection on the song Nailing the Holy One. The Third Antichrist was released in fall 2000 through Black Mark Production. A switch to Hammerheart Records led to Bloodhymns. In 2006, Necrophobic released Hrimthursum on Regain Records/Candlelight USA, and Death to All was issued in May 2009 and won the title of the Album Of The Month on Metallian.com Webzine. This album was the band's second for Regain Records. Necrophobic also released Satanic Blasphemies on Regain records, which is a compilation of their early material. The Slow Asphyxiation and Unholy Prophecies demos are featured, as well as The Call 7" EP.
The lyrics generally tend to revolve around darkness, evil, anti-Christianity and Viking mythology.
The band announced their new album release for Womb Of Lilithu which will be released on October 25, 2013 in Europe and October 29, 2013 in the United States.