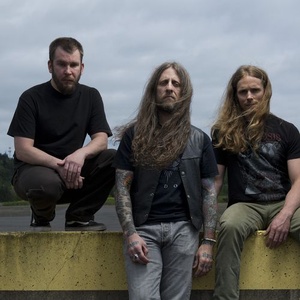 Upcoming events: 3
Subscribers:  2
My Rock Shows — search for concerts and buy tickets in more than 50 countries.
Join us

Here you can find all upcoming Yob concerts. If the concert schedule is not right, please contact us and we will add a gig of Yob in 2021 or 2022 in our database.

Past events of band Yob →

A Colossal Weekend 2022
Line-up: Russian Circles, Yob, Oranssi Pazuzu
Store Vega, Copenhagen, Denmark
Interested
0Going
Interested
Going 0
Not interested
No Information
We have no ticket information yet, subscribe to the event and we will notify you
No Information
Hanover, Germany
Cafe Glocksee
Cancelled
Cancelled

YOB is an American doom metal band from Eugene, Oregon, composed of Aaron Rieseberg, Travis Foster and Mike Scheidt. It was founded by vocalist and guitarist Scheidt in 1996 and originally composed of Scheidt with bassist Lowell Iles and drummer Greg Ocon. However, by 2001 when the band's first album, Elaborations of Carbon, was recorded, the members were Scheidt, bassist Isamu Sato (of H.C. Minds and formerly of death metal band Thrombus) and drummer Gabe Morley (of Fingertrap, formerly of Lightweight).