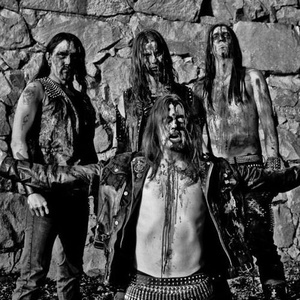 Here you can find all upcoming Valkyrja concerts. If the concert schedule is not right, please contact us and we will add a gig of Valkyrja in 2021 or 2022 in our database.

Valkyrja is a black metal band from Stockholm, Sweden formed in 2004. They released their first demo in the same year under the name Funeral Voices. The demo was re-released on cassette September 11, including additional material, on underground label Deathkrush Productions – re-titled Far Beyond. Their debut album was recorded at Necromorbus Studio in March / April of '07 and released in autumn of the same year by German label Northern Silence Productions as CD in jewelcase, special edition CD in metal case and 12" LP on black / marble wax. They recorded their second album in June/July 2009 at Necromorbus Studio in Stockholm, Sweden. The album, 'Contamination', was released on January 15, 2010 through Metal Blade Records.

Black Metal
They track this band: