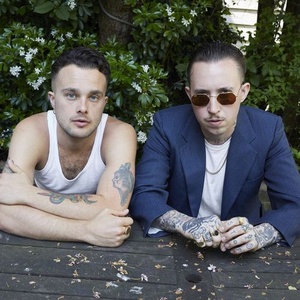 Here you can find all upcoming Slaves concerts. If the concert schedule is not right, please contact us and we will add a gig of Slaves in 2021 or 2022 in our database.

Slaves (stylized as SL▲VES) is an American post-hardcore group formed in Sacramento, California. The band currently consists of lead vocalist Jonny Craig, formerly of Emarosa and Dance Gavin Dance, bassist Colin Vieira of Musical Charis and guitarist Weston Richmond. The band released their debut album, Through Art We Are All Equals on June 24, 2014. Their second studio album, Routine Breathing, was released on August 21, 2015. The band released the single "I'd Rather See Your Star Explode" on January 20, 2017, the lead single off their upcoming third studio album: "Beautiful Death", set to be released in September 2017.